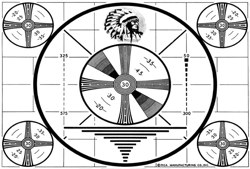 At the end of June I had the opportunity to spend 3 days at the Socrates Society at the Aspen Institute discussing “Media and Our Conflicting Values” with a group of 25 smart people (CEOs, VCs, Entrepreneurs, etc). Our moderator was Michael Powell the former head of the FCC. Before we attended we had homework readings on the founding of the FCC when the Navy and later Herbert Hoover seized the airwaves after the Titanic disaster because signals from the stricken ship were blocked by amateur radio operators. We read cases from the Supreme Court and speeches about the “vast wasteland” that was and perhaps still is television.
We learned about obscene speach like pornography which is not protected vs indecent speech which is protected. Broadcast TV has (local) standards of decency imposed on it by the FCC because it uses the public airwaves. Cable and satellite TV have no such restrictions.
The media landscape has changed dramatically in my lifetime.
Regulation Obsolescence
What regulations are placed on broadcast television are increasingly irrelevant. Frankly I like TV better without people dropping the “F” bomb on me but in my household like so many others I don’t know that my college age kids could even tell me which stations are broadcast TV and which are not. In reality, none of the channels we receive is received via broadcast and therefore not subject to regulation. 95% of the households in the U.S. are in the same situation as they are receiving the signal via satellite or cable.
Audience Aging
According to a recent study the audience for television is continuing to age.

According to a study released by Magna Global’s Steve Sternberg, the five broadcast nets’ average live median age (in other words, not including delayed DVR viewing) was 50 last season. That’s the oldest ever since Sternberg started analyzing median age more than a decade ago — and the first time the nets’ median age was outside of the vaunted 18-49 demo.

What this means is that even though you may sit down tonight before a television with hundreds of channels, half the people who are watching are old enough to remember when there were 3 major networks and stations signed off at midnight by playing the Star Spangled Banner.
Audience Fragmentation
When I was a young child we watched the Ed Sullivan show on Sunday night. In 1962 Ed Sullivan had an audience share of 36. That made it only the 20th most watched show. Today many television executives would probably sell their soul for a 36 share. A share of 6 (6% of households) could easily be the number one rated show. The growth of cable in particular has shattered the hold of the big 3 networks on the audience.
Media Consolidation
Although people are watching more and more channels, most of these channels are owned by a small number of companies. Six media giants: GE, Time Warner, Disney, Fox, CBS, Viacom own a combined 169 channels by my count.
Internet Wildcard
What is television? Is it still television if I watch it on hulu.com? Is it still television if I buy it on iTunes? Is it still television if I get it as a podcast? Watch it on YouTube? Does it matter any more?
It increasingly does not matter to a growing set of consumers. It also matters less then who the creator is. User generated content and new media producers are creating content that can easily be better than the content on major networks. The Internet has given a voice to bloggers and podcasters that can’t and won’t be taken back any time soon.
Probably the best part of spending a few days debating the value of media is that this story is not finished. May you live in interesting times.