It seems over the last few years main stream media has increasingly taken the position that main stream media is “professional” and that bloggers and podcasters are “amateurs”. When did “amateur” become a dirty word? I am an amateur, after all I have a podcast that proudly proclaims myself the “Amateur Traveler“. But what’s so bad about being an amateur?
The word “amateur” does not mean a beginner or someone who is bad at doing something, or at least it did not originally mean this. An amateur was someone who did something for the “love of it”. A century ago it was the professional who was under a cloud of suspicion as someone with impure motives.

Lets take the example of Jim Thorpe, sometimes called the “greatest athlete of all times”:

At the tender age of 24, Thorpe sailed with the American Olympic team to Antwerp, Belgium for the 1912 Olympic Games. Remarkably, he trained aboard the ship on the journey across sea. He blew away the competition in both the pentathlon and the decathlon and set records that would stand for decades. King Gustav V presented Thorpe with his gold medals for both accomplishments. As stated in Bob Berontas’ “Jim Thorpe, Sac and Fox Athlete”: “Before Thorpe could walk away, the king grabbed his hand and uttered the senta3ence that was to follow for the rest of his life. ‘Sir,’ he declared, ‘you are the greatest athlete in the world,’ Thope, never a man to stand on ceremony, answered simple and honestly, ‘Thanks King.'”
Thorpe’s glorious Olympic wins were jeopardized in 1913 when it came out that he played two semi-professional seasons of baseball. The Olympics Committee had strict rules about Olympians receiving monetary compensation for participating in professional athletics. Thorpe, who stated he played for the love of the game and not the money, was put under the microscope. Ultimately, it was decided that his baseball experience adversely affected his amateur status in the track and field events. His name was removed from the record books and his gold medals were taken away. 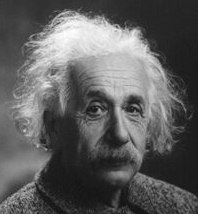 When Scientific American used to run a column called the Amateur Scientist from (1958 to 1978) they were not trying to encourage stupid people to build proton accelerators in their basements (Accelerator, proton. how to construct, 1971 Aug, pg 106). They were instead harkening back to the days of the renaissance man (or woman). It used to be encouraged for people to dabble in science out of a genuine interest without regard to what they did for a living. And why not, the most influential theory of the 20th century was proposed by an amateur scientist who worked as a patent clerk.
Mark Spitz was an amateur athlete as were all Olympic athletes of his day. One could be an amateur and still be the best. Barry Bonds and Roger Clemens are professional athletes. Jose Conseco was a professional athlete so a professional may not show professionalism any more than an amateur needs to be amateurish.
It is not my intention to try and swing the pendulum back to the days of Jim Thorpe or the early days of the internet when any hint of commercialism was seen as wrong. Rather we should see that whether or not a person is paid for their endeavors is not the sole measure of the value of their work. Edward R. Murrow was a professional journalist, but so was William Randolph “You furnish the pictures and I’ll furnish the war” Hearst. A professional journalist can make making money their sole goal or they can aim somewhat higher.
So let’s not, as if we could, strive for an internet void of commercial interests but instead evaluate work based on value and quality remembering that the Ark was built by an amateur, the Titanic was built by professionals.